Dole Plantation is a popular tourist destination in Hawaii. The Dole Pineapple plantation has been operating since the 1880's and was at one point the largest producer of pineapple in the world. Today, visitors can tour the grounds and see how pineapples are grown from start to finish, as well as enjoy other attractions like playgrounds for children and food stands that offer freshly cut pineapple slices. The plantation also hosts many events such as concerts, festivals, weddings and more!

Located on the island of Oahu Hawaii, the Dole Plantation is home to nearly 12,000 acres of lush green pineapple fields. The plantation was founded in 1901 by James and Lorenzo O. Dole with the goal of providing fresh pineapples to America's growing population. More than a century later, their vision has become reality as millions of Americans enjoy Dole pineapple products each year!

Hawaii is one of the top producers of pineapples in the world. In fact, more than 90% of all Hawaiian-grown pineapples are exported to Japan, Korea, Taiwan and other countries in Asia. So if you’re looking

The plantation was started in 1901 by James Dole, who bought land on the island after visiting Hawaii on vacation. At first, he grew pineapples for sale to canneries but later began shipping them fresh to the mainland United States.

The plantation is broken into five different areas that show the process of growing pineapples. There’s a nursery, where baby plants are grown; a propagation area, where new plants are created from cuttings; the production fields, where the fruit is actually harvested; and a packing plant and warehouse.

The Dole Pineapple plantation is a must-see attraction for anyone visiting Oahu. It's an interesting place to learn about Hawaiian history and culture, and the delicious food will keep you coming back for more! Dole plantation is a Popular tourist attraction on the island of Oahu, Hawaii. It is open to the public for tours.

Things To Do At One of the most popular items at the plantation is the Dole Pineapple Whip. This soft-serve ice cream is made with fresh pineapple juice and comes in both vanilla and strawberry flavors. It’s a must-try for any fan of pineapples or ice cream.

So if you find yourself on Oahu, be sure to visit the Dole Pineapple Plantation. You can learn about pineapples, enjoy some rides and treats, or just take in the beautiful view. Enjoy the breathtaking views of O’ahu on our exclusive Circle Island Eco adventure. This experience is one for the whole family to enjoy, step out of Waikiki and explore the beauty this island has to offer. This Oahu Circle Island Tour is rated 5 Stars!

Beauty And The Feast

This intimate, small group tour offers guests the opportunity to not only see the beauty and highlights of Oahu, but taste them as well! Tour is with friendly, local guides and is performed with 14 passenger Mercedes Sprinters. 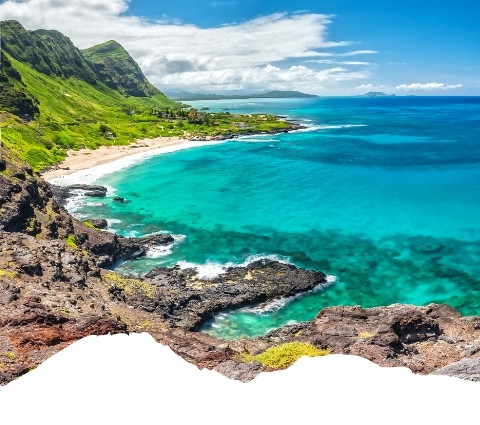 Discover Oahu’s scenic natural beauty and Hawaiian lifestyle on this educational and fun all-day tour of the island’s most prized attractions. Sample island flavors and learn about Hawaii’s unique cultural traditions on this 9-hour deluxe bus Royal Star tour. Beat the crowds with an early morning departure as you travel from Waikiki to Hanauma Bay and the Halona Blowhole on the southeastern shores.